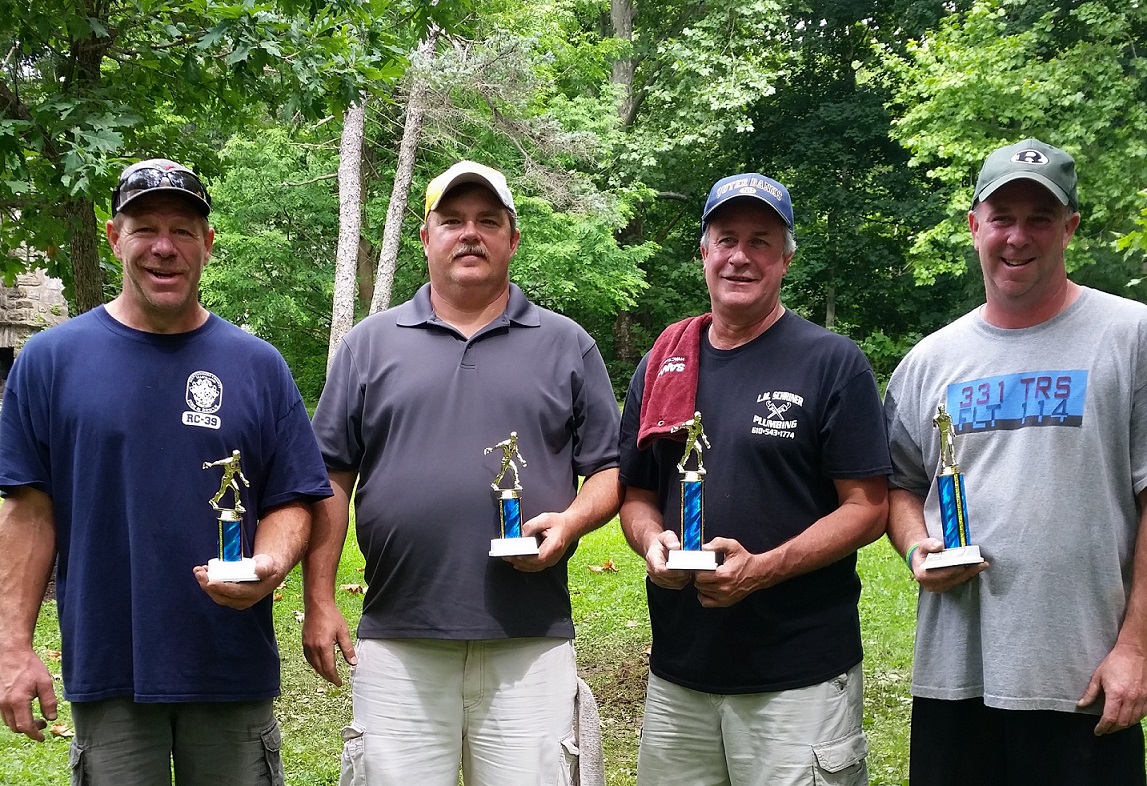 Date & Time: July 5th, 12:30 PM.  Arrive early for sign-in prior to creation of the tournament bracket

Cost:   No cost or registration necessary.  Just show up!

Overview:  A Swarthmore tradition since 1968, the Cris Hansen Memorial Horseshoe tournament is held annually every Independence Day.   After enjoying the morning festivities in town, participants arrive at Little Crum Creek Park on Cresson Lane for the fun of the competition and the neighborhood camaraderie. The number of participants varies from 35 to 70 each year (this is mostly dependent on the weather!) and of course, this is in addition to the friends and family who just come to watch!

In 2008, the tournament was dedicated to honor the memory of three-time horseshoe tournament champion, Cris Hansen.  Cris was a 1979 graduate of Swarthmore High School and at the age of 15, he joined his two brothers and father as a volunteer with the Swarthmore Fire and Protective Association. He held various offices with the company and was Chief for more than 20 years. Cris was the Emergency Management Coordinator for the Borough of Swarthmore and was chosen as Swarthmore’s Citizen of the Year in 2000.   Most importantly, Cris was a friend to anyone in need, always ready to step in and help a neighbor. He was loved and respected by his family and friends, as well as many members of our community, and we are honored to throw in his memory.